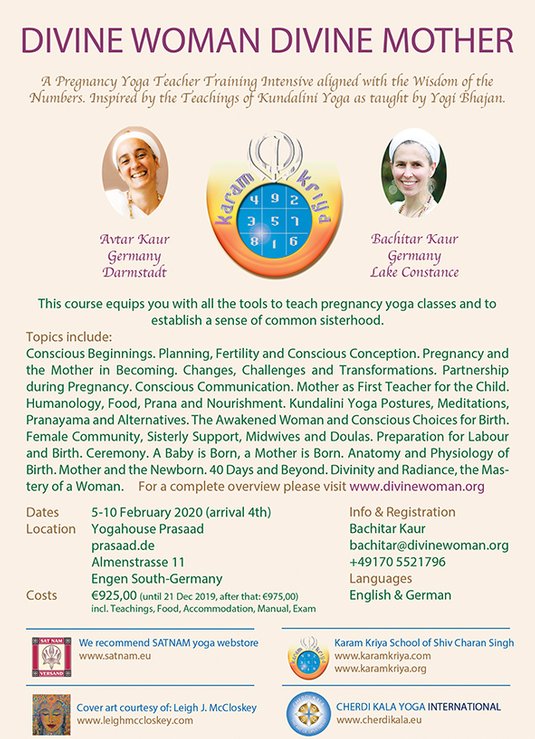 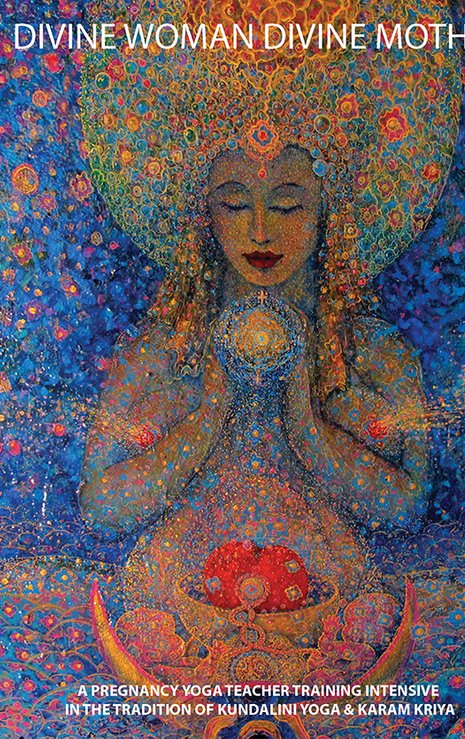 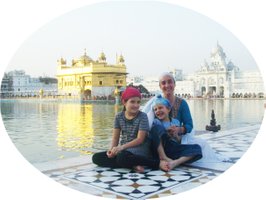 Avtar Kaur has been walking on the path of the Spiritual Journey of a Woman every day since her first meeting with Yogi Bhajan in 1998, and thrives to invite and accompany other women on this path of discovery of oneself every time she is given this opportunity.

Simultaneously was the meeting with Shiv Charan Singh and the magical discovery of Karam Kriya, the study of numbers through life and life through numbers: One of these “one in a lifetime moments” which revealed a long lasting love story with the numbers and a deep sense of destiny.

She holds workshops based on Kundalini Yoga and Karam Kriya about pregnancy at the European Yoga Festival since 2004, at the French Yoga Festival, and on the true nature of Women in France and Germany. She also served the community in organizing events such as the Karam Kriya International Women’s Camps, the  European Khalsa Council in Frankfort, and several concerts Tours for artists such as Snatam Kaur, Satkirin Kaur and Mirabai, in Germany, in 2009, 11 and 13.

While working at Sat Nam Europe, a company grounded by her husband Gurbasant Singh- which has been distributing 3ho lifestyle and products throughout Europe for almost 30 years-she also takes great satisfaction in raising their 2 children (aged 13 and 9) with a yogic and dharmic awareness. When she has time, she also loves outdoor activities such as sailing, skiing, hiking in the Swiss Mountains or cooking! She also has kept from a former journalistic career a delight for writing.

From the shores of the French Riviera where she was born to the green hills near Frankfort where she lives with her family, Avtar has always follow the thread of the possible human, in accordance to Yogi Bhajan’s quote “we are not spiritual beings having a  spiritual experience but spiritual being having a human experience”. 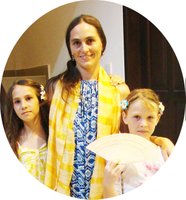 Jai Ram Kaur Khalsa Hergo lives in Perth, Australia with her husband and 3 growing children. At her harbour-side studio Small Blessings Yoga she teaches speciality Kundalini Yoga classes for the journey to motherhood – from Pregnancy, through Mama Baba Yoga in the first postnatal year, beyond to Mama Toddler Yoga and Yoga for Women. She is a passionate advocate for choice in pregnancy and childbirth, for support and care for the mother in the precious time after birth and beyond. Jai Ram has grown to feel a great respect, affinity and compassion for the deep dignity and wonder of what it is to be a woman, with all that this journey contains, and follows the maxim “if you want to irritate a woman, give her advice. No woman needs it, but all women need to be awakened to their own greatness.”

Jai Ram lived in Germany for 9 years, where all her children were born, and she is fluent in German. It was in France that she met her Teacher Shiv Charan Singh and then through him, came to know the superb crystal wisdom of the numbers. She has studied under Shiv Charan for years now and is qualified as a Karam Kriya numerological consultant.

The anchors on which Jai Ram relies in her own life and in sharing with others are Yogi Bhajan's humanology (study of the human journey) and the wisdom guidance and clarity of numbers as the universal language. She aims always to let these teach us through the flow of real experience in a down to earth and liveable way, having discovered that it is in the small, earthly, everyday and sometimes messy moments that love's mysteries reveal themselves.

Jai Ram is KRI certified as Kundalini Yoga and Conscious Pregnancy Yoga teacher and, through email, skype meetings and much long distance care, is one of the four women behind the creation of the Divine Woman – Divine Mother training, which is also planned for Western Australia.

Bachitar is an enthousiastic Kundalini Yogini who loves to bring the wisdom of the teachings into her and others' everyday life. She met Kundalini Yoga in 2003 and very soon after decided to become a teacher. Meeting Shiv Charan Singh and the Numbers in the Court of Karam Kriya added tremendous depth to her understanding of the yogic teachings and life in general. Under his guidance she trained as a professional Kundalini Yoga Teacher Trainer and as a Karam Kriya Consultant and Trainer. She teaches workshops based on Kundalini Yoga and Karam Kriya  about Conscious Parenting, about Pregnancy, on Divine Woman and on the Spiritual Journey of Women. As Pregnancy Yoga Teacher and Doula she accompanies women on their journey into motherhood. Bachitar is co-founder of Cherdi Kala Yoga International and of Yogaschule Golden Temple and teaches throughout Europe. Being a mother of two boys (aged 5 and 2) she greatly enjoys the experience of bringing the consciousness of the teachings to her identity as a mother and to share this with other women. Having lived in England and the Netherlands she recently moved back to South Germany together with her husband Hari Krishan Singh and their two sons where she organizes Yoga Retreats in their home and Yoga House Prasaad. When her time allows she loves to study Indian Music, roaming the great outdoors or bury herself in cookery books.